Kyoto University Rowing Club (KURC) is based in Ishiyama, Shiga Prefecture, holding most of our regular training on the Seta River. We take pride in our long history and celebrate our 115th anniversary this year. Although the majority of our members come in with no previous experience of rowing, we have consistently produced results on the national stage, and last year the All-Japan Intercollegiate Championship saw our men’s pair become number 1 in Japan. Harnessing the unwavering efforts of our athletes, the robust support of our student staff and the patronage of our numerous alumni, we aim as a club for the very highest levels of rowing success.

KURC was founded in 1906, making us one of the oldest sports clubs in the University. Testament to the depth of our history, it is said that the official colour of Kyoto University—dark blue—is derived from the colour of our oars. The boathouse and dormitory that we still use today were completed in 1936, with a smaller boat house and new dormitory space added in 2007. Throughout our history we have consistently performed well in national regattas, with the victory of our men’s pair in the 2020 All-Japan Intercollegiate Championship standing out as a particularly memorable achievement. We continue to build up our athletes to their maximum potential, fostering crews capable of bringing back winning results.

KURC provides an environment in which athletes can fully dedicate themselves to rowing; our facilities in Ishiyama including dormitory space, two boat houses and a launching area.

Our dormitory space is equipped with everything needed to support over 100 people, acting not only as the club headquarters but also as the place of residence for most of our members. Located directly beside the Seta River—considered to be Western Japan’s Rowing Mecca—we sustain a friendly rivalry with other local student and business clubs. 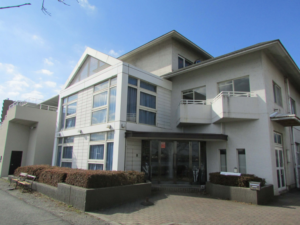 Our rowing equipment is able to cater to beginners and national champions alike. Our two boathouses contain 70 boats in all shapes and sizes, from the single scull to the eight, as well as oars, cox-boxes and other essential equipment. The space between the boathouses, which is large enough to accommodate over 10 boats, is used for boat rigging and crew debriefings. 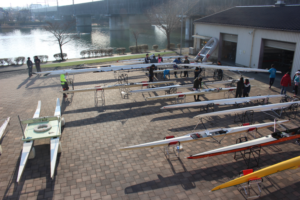 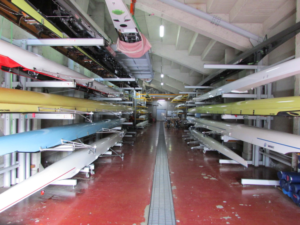 The Seta River and its Surroundings

Our main training site, the Seta River, flows out of Lake Biwa and through the city of Ōtsu. A tranquil setting surrounded by hills, it is rich with wildlife, including a diverse range of wild birds. Of particular note is the prefectural bird of Shiga—the Little Grebe. A species evocative of Lake Biwa, it is also a much-loved local mascot. If you spend some time around the river you may be lucky enough to catch a glimpse of this endearing little water bird. 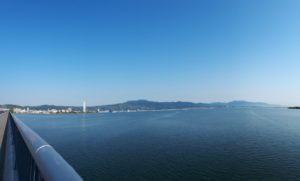 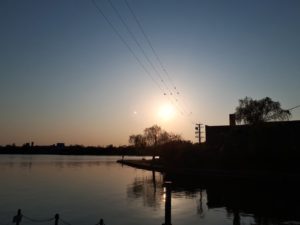 The area also boasts some impressive temples and shrines, including Ishiyama-dera temple and Takebe-taisha shrine. Ishiyama-dera temple is not only known for its fascinating history but also its seasonal plant life, being especially stunning in the autumn months. The peaceful surroundings make it a great place to unwind. Takebe-taisha shrine, on the other hand, is known for its lively atmosphere the New-Year’s celebrations of Hatsumōde, with the shops and food stalls set up around the shrine attracting crowds of visitors looking to welcome in the New Year. 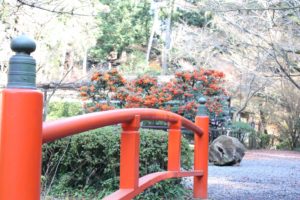 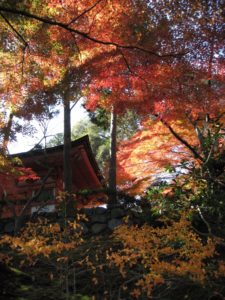 In the summer, Takebe-taisha shrine is also involved in Senko-sai, one of the ‘Big Three’ festivals of Ōtsu. During the festivities, a portable shrine is carried from Takebe-taisha shrine to the water’s edge. The shrine is then placed on a vessel and journeys up and down the Seta River in a procession of boats. Upon returning to shore it is welcomed by fireworks, treating onlookers to a dazzling display as they light up the night sky.

Kyoto University Rowing Club holds an annual race against The University of Tokyo Rowing Club. A long-standing tradition, it reaches its 72nd year in 2021. The struggle for victory between what are widely considered the two top universities in Japan makes this an especially exciting event.